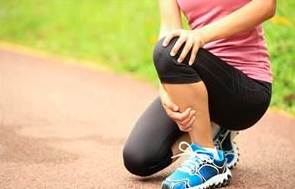 The term ‘shin splints’ is a general term used to describe pain experience at the front and/or inside of the shin bone (tibia). It is referred to medically as medial tibial stress syndrome and is often described by the phrase “too much, too soon”. They often begin after physical activity, especially when the intensity of activity has recently been increased or just started. Shin splints need to be differentiated from other conditions that often present with similar symptoms in the same region of the leg such as compartment syndrome, tibialis anterior tendonitis and a tibial stress fracture.

It is important to note that because there is no consensus on the definition of shin splints and it is used as a broad or general term, it is difficult to describe the exact cause. The thoughts around the mechanism of action includes: 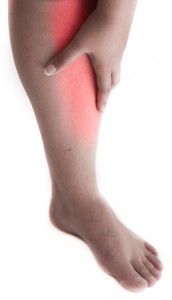 It has been noted that risk factors for shin splints include:

Symptoms of shin splints can include pain, tenderness, swelling and inflammation at the front and inside of the leg. Shin splints typically affect one leg, though both can be affected. The pain can be elicited on palpation of the shin bone and often occur after, or even during physical activity. Shin splints may feel worse in the morning, after muscles have tightened when resting overnight. Actions that use the anterior and medial muscles of the leg (front and inside), such as pointing your toes up, especially when the foot is resisted.

How are shin splints treated?

Despite the uncertainty around the exact cause, there is agreement around the best treatment protocols for shin splints. When pain first develops, the RICE (rest, ice, compression, elevation) principles can help to settle the symptoms.

Your Podiatrist will go through all of the likely contributing factors and address these individually. You may require new supportive sports shoes if your current pair is worn-out. Stretching and strengthening exercises may be used to address tight muscles that are pulling on the shin bone. Custom-designed orthotics are often used to alleviate tension away from damaged muscles and tissues, as well as correct any biomechanical abnormalities in the feet, such as flat feet, to reduce the risk of the symptoms returning. Your exercise programme should also be reviewed to ensure that the intensity of your workout does not re-trigger the onset of shin splints. The goal is to not only relieve your existing symptoms, but to stop them from returning in the future.