Returning To Exercise After A Break? Here’s How To Do It Safely

Home » Sport Medcine » Returning To Exercise After A Break? Here’s How To Do It Safely 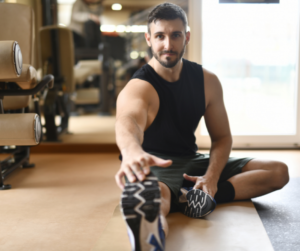 Whether it’s a planned holiday or an unexpected period of sickness for yourself or someone in your household, getting back to exercise or rejoining your friends at the gym is something that many people look forward to greatly, giving a good physical and mental boost.

There’s just one problem we see – many people take a ‘pick up where we left off’ mentality to their exercise, under the impression that after all your regular gym-going and strength training, it should be that simple?

Unfortunately, that’s not how it works. During a break from exercise, you actually lose strength, coordination and flexibility. While that can feel frustrating given the effort, time and dedication it takes to build up your fitness, the effects of your break can also make you more vulnerable to injury if you try to jump right back into your regular exercise routine and training schedule. Here’s a look into how you can return to exercise safely – by doing it gradually.

The Effects Of A Break From Exercise On Your Body

When you have a break from exercise, the first place you’re likely to notice a change is your cardiovascular fitness. Cardiovascular exercise is the kind performed over a sustained duration, working the heart and lungs, such as a steady 5km jog. We wouldn’t count a 30-second sprint at your maximum speed in the same category. Regular cardiovascular exercise makes the heart and lungs more efficient at moving oxygen and blood around the body, delivering it to the muscles so that they can continue to produce energy, which builds up your endurance, so you can keep going for longer, and increase your speed in the process.

According to studies, your cardiovascular fitness can begin to noticeably decline within just two weeks of inactivity. As a result, you may notice yourself getting more puffed than you’re used to when running up the stairs because your heart has to work harder to get enough blood to your muscles. The rate at which your cardio fitness is lost is influenced by your age and how fit you were when you started the break, with a slower loss in those who were already athletic or regular gym-goers.

When it comes to muscle strength, a person’s muscle mass decreases when there is no resistance, whether that’s a weight at the gym or a person’s own body weight, causing your muscles to become less efficient and able to exert less power. We call this detraining. This effect can start to be observed within two to three weeks of rest, with one study examining the effects of fourteen days of bed rest on middle-aged adults showing that rapid skeletal muscle loss in the feet and legs was induced.

According to the Warriors head of athletic performance, for someone that is athletic, you can expect a decline in speed potential after 2-7 days, in muscular endurance after 10-21 days, in anaerobic endurance after 14-21 days, and in both maximum strength and aerobic endurance after 21-28 days. While this will be faster for the general non-athletic population, it is also influenced by the duration of consistent training, with those that have been regularly training for 12 months, for example, experiencing a lower rate of fitness lose when they take time off than those that have recently started their fitness journey. Gender may also play a role, with older women having been shown to lose muscle mass faster than other demographics.

What If You’re Very Fit?

Interestingly, the fitter you are, the faster a decline will occur compared to a less fit counterpart, until you reach a plateau, with fitness loss after this being more gradual. This is because the body is used to regular training at a higher level, making the changes to your fitness more noticeable. Those with a lower fitness baseline are more likely to experience a slow fitness decline in the first few weeks, however, after 4-8 weeks fitness is likely to drop away completely to a minimal level.

This all means that even if you had a high fitness level, our gym closures are likely to still have had a significant impact – and you need to take it slow and return to exercise gradually, which means:

While it is difficult to predict exactly how long it will take you to regain your previous fitness level, it’s likely that it won’t take you as long as it did in the first place, thanks to muscle memory. Your muscles have special cells that ‘remember’ previous movements, allowing you to build lost muscle and cardiovascular fitness faster than you initially may have.

However, it is still important to build up gradually to protect against injury or excessive fatigue. For strength training, a good rule of thumb is to start at a comfortable level (try between 50%-70% of your original weight or intensity levels), and increase this by no more than 10% each week until you reach your goal. This 10% increase can come from different places, such as increasing your lifting weight by 10%, or increasing your repetitions by 10%. Aim to increase only one aspect of your exercise at a time, and to increase the number of repetitions before increasing weight.

This principle can also be applied to cardiovascular fitness. You can increase the distance you travel, your speed, or the level of difficulty, for example by going up hills, or running with light ankle weights. We find increasing the volume before the intensity (speed or difficulty level) safer from an injury standpoint.

Retaining Your Fitness In The Future

If you want to better control fitness loss for periods of holidays or other circumstances in the future, the good news is that maintaining fitness requires significantly less work than building it. A recent study examined adolescent athletes that had been regularly training for over a year, and then as part of the study began performing significantly less exercise – though still performing lighter movement almost daily – as part of a ‘detraining’ protocol for three weeks. Interestingly, their muscle strength and sports performance was not affected.

The general rule for maintenance is 2 strength sessions and 150 minutes plus of moderate physical activity each week. In practical terms: just try to maximise your movement over your days. Say yes to those evening walks, take the stairs, walk to the shops or take the bike, play a social sport – it all counts.

And If You Get Injured When Returning To The Gym?

Book in with our podiatry team here in Remuera. We have extensive experience in working with everyone from professional athletes to gym junkies and enthusiastic weekend warriors. We understand how important it is for you to get back to doing the things you love as quickly as possible.

There are currently no articles related to this post.