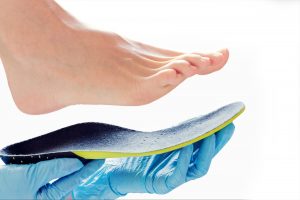 For those that haven’t had orthotics before or vaguely remember them from earlier years, a lot of questions or misconceptions may exist. Orthotics are far from the big, bulky devices that they may have once been. In fact, they become unnoticeable for regular wearers and more than that – a true lifesaver providing much-needed relief from pain and discomfort.

So today, given our speciality in orthotic prescription and manufacture, we thought we’d bust 3 common orthotic myths that may start to shift your hesitation or fear about getting orthotics.

Myth One: I don’t want to wear weird, large shoes…

Great news – you don’t have to! These days, orthotics are made to fit well into your joggers, work shoes, work boots, and a variety of other shoes. Certain women’s brands, like Ziera and Frankie4, stock a wide range of orthotic-friendly sandals and dress shoes too. These brands are actually designed by or with the input of Podiatrists, making them both stylish and incredibly comfortable – and of course, accommodating for orthotics!

The integration of orthotics into general shoes these days is so seamless that you can’t even tell who is and isn’t wearing orthotics. However, there are some shoes that require special types of slimline orthotics, or are unlikely to fit orthotics. Soccer shoes are a great example of requiring slimline orthotics, because of the extremely narrow base of the shoe. Ski boots are another. Shoes like ballet shoes are an example of those that are unable to take orthotics – which really would be pointless (ballet joke…) anyway because of their need to flex.

Myth Two: Once I get orthotics, I’m going to need to keep wearing them…

Nope! False. If you get orthotics to help you recover from an injury, then you only need to wear them until your muscles or tissues fully repair and recover. Now, IF the reason you got injured is something that orthotics can help with, then yes we recommend that you continue to wear your orthotics but only when you’re active and likely to injure yourself again.

For example, say you have very unstable ankles and you suffered an example sprain. And you got orthotics to help hold your ankle in place, facilitate healing, and stop you from rolling and injuring your ankle again while your ligaments are in their damaged and vulnerable state. Then, the ligaments heal and regain full strength and functional capacity. Technically, you don’t need to keep wearing your orthotics. However, if you’re worried about sustaining more ankle sprains in the future, especially because you play basketball (where your initial injury occurred) as it has lots of side to side movements, then by wearing your orthotics during basketball games and training, you can reduce your risk of injury. Which makes sense!

It’s unfortunate that most people know someone who claims that they’ve had orthotics and they haven’t worked for them. We’ll be as blunt and honest as possible about this one. Say you want an item of glass created by a glassblower for you. If you engage a knowledgeable and experienced glassblower, you’re highly likely to receive the piece that you need. If you engage a junior glassblower that has more of an interest in ceramics than glass, while working for a company that does both, they’re not likely to produce the best result for you, even though they’ve had training in it. The same can be said for hairdressers, financial planners, and so many other professions. But it doesn’t mean that getting custom glass pieces made, getting haircuts, or investing finances doesn’t work. It does. You just need the right person.

That’s why our team specialises in orthotics and we actually make our own, exactly how we want them (and how you need them) from scratch. That’s our difference and why we lead Auckland in this field.