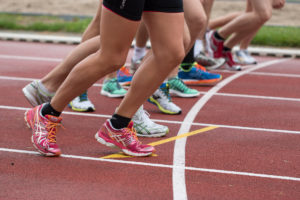 PFPS is a cause of knee pain that affects 25% of people at some point in their lives and is even more common in runners, hence being known as runner’s knee. It describes pain behind the kneecap (patella) because of damage to or irritation of the articular cartilage where the patella meets the thigh bone (femur).

PFPS is considered to be an overuse injury caused by the irregular movement (tracking) and rubbing of the patella over the femur, while the knee is bending and straightening. It is the repetitive bending and straightening of the knees that makes this condition more prevalent in runners. Instead of gliding smoothly through a groove (called the trochlea) at the femur, the poor alignment of the knee means the patella can mistrack and instead rub against the femur itself. This causes irritation at the joint and damage to the underlying cartilage and bone. Other contributing factors include:

Aside from running, PFPS typically is particularly prevalent in basketball, football, volleyball, netball, skiing and other running/jumping sports.

Symptoms of PFPS often come on gradually during high-impact activities such as running, squatting and climbing stairs. Pain may continue on walking and in severe cases, may even be felt during rest. Symptoms can include: 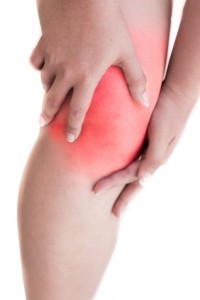 Initially, treatment will look at reducing the painful symptoms. Following the PRICE principles (protection, rest, ice, compression, elevation) can help reduce pain and swelling. Treatment will then focus on treating the cause and correcting any alignment issues that may cause the pain to recur in the future. This may involve:

It is important to treat PFPS effectively to avoid any further damage to the knee joint and the articular cartilage. Because articular cartilage works to protect the bone ends and help them glide smoothly against each other, incurring damage to it can cause more pain and issues in the knees.

Orthotics are an important component of treatment because very often, the abnormal knee function is due to the way the foot functions. A pronated foot type (flat feet) foot causes the lower leg to rotate slightly inward. This causes the patellar tendon to pull in an abnormal direction where it attaches in front of the knee causing damage to the tendon in this area. If this is the cause of the problem then orthotics can correct the underlying foot condition that is affecting the lower leg and knee. Orthotics will simultaneously function to address any other abnormalities issues you may be experiencing with the lower limbs to improve your overall performance.