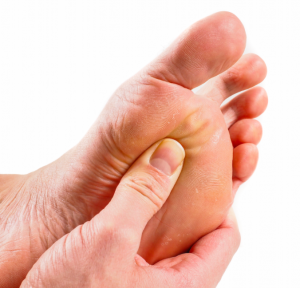 Freiberg’s infarction, or disease, describes the death of bone tissue at the head of the metatarsal (long bone of the foot) because of an interrupted blood supply to the area. This is medically known as avascular necrosis.

While the second metatarsal head is most often affected, avascular necrosis can affect the third and fourth metatarsals. It most often affects young girls during a growth spurt, so between the ages of 8 and 15 years. Adults can also be affected by Freiberg’s, though this is unrelated to growth spurts and growth plates as it often is in kids.

What causes a Freiberg’s infarction?

Generally, it is the repetitive stress and microtrauma to the growth plate of the at the end of the second metatarsal that results in a Freiberg’s infarction. The impact can cause the joint to collapse and lose its structural integrity, disrupting the blood supply to the area.

Other contributing factors include:

Symptoms of a Freiberg’s infarction can include:

The first step in treatment is to off-load the affected metatarsal head at the ball of the foot. This may be done through a cast, a boot, or an orthotic depending on the level of off-loading required. This will help to reduce the initial painful symptoms. Following this, long-term management will look at footwear modifications and using orthotics with metatarsal pads and other features to off-load the forefoot. For severe cases that do not respond well to conservative treatment, surgery may be indicated.