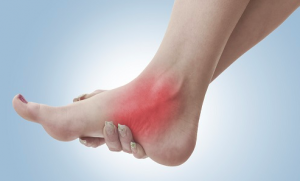 The bones and joints most often affected are the calcaneus and the navicular (calcaneonavicular joint) and the talus and the calcaneus (talocalcaneal joint). One or both feet can be affected.

Tarsal coalition commonly occurs in the womb during development and results in improper bone formation. It is thought to be linked to a gene mutation that affects the cells that produce the tarsal bones.  Other causes of tarsal coalition include:

For the majority who are born with tarsal coalition, the symptoms often don’t begin until the ages of around 8 to 16 years. This is when the bones tend to mature and ossify (harden). Not all tarsal coalitions are symptomatic, but symptoms can include:

You can learn more about children’s foot problems here.

Before treatment begins, the presence of a tarsal coalition is confirmed radiographically. Because the coalition of the bones cannot be reversed, treatment looks to manage the symptoms and control pain. The initial focus is on limiting the movement still available at the affected joints in order to relieve painful symptoms. This may include:

In more severe cases where conservative therapies do not alleviate the painful symptoms, surgery may be indicated.